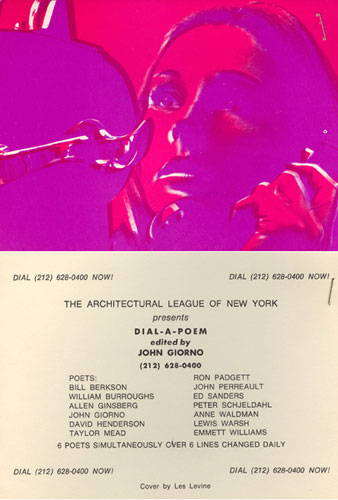 In 1968, Giorno created Dial-A-Poem using a telephone service to communicate poetry in a modern idiom. The service enabled members of the public to call and listen to a poem selected at random by writers including Amiri Baraka, William Burroughs, John Cage, Allen Ginsberg, Bobby Seale, Patti Smith and Anne Waldman. Previously it was shown at the Architectural League of New York in 1968, the Museum of Contemporary Art in Chicago in 1969, and the Museum of Modern Art in 1970, where it spurred an FBI investigation into the service’s radical content. Giorno subsequently produced a series of LP and CD compilations called The Dial-A-Poem Poets in the 1970s and 1980s, encouraging people to start Dial-A-Poem in their hometowns, and to use cuts from the albums along with their local poets. Today, callers can tune in to Dial-A-Poem by calling +1 (917) 994-8949 in the US or +44 (0)20-4538-8429 in the UK. 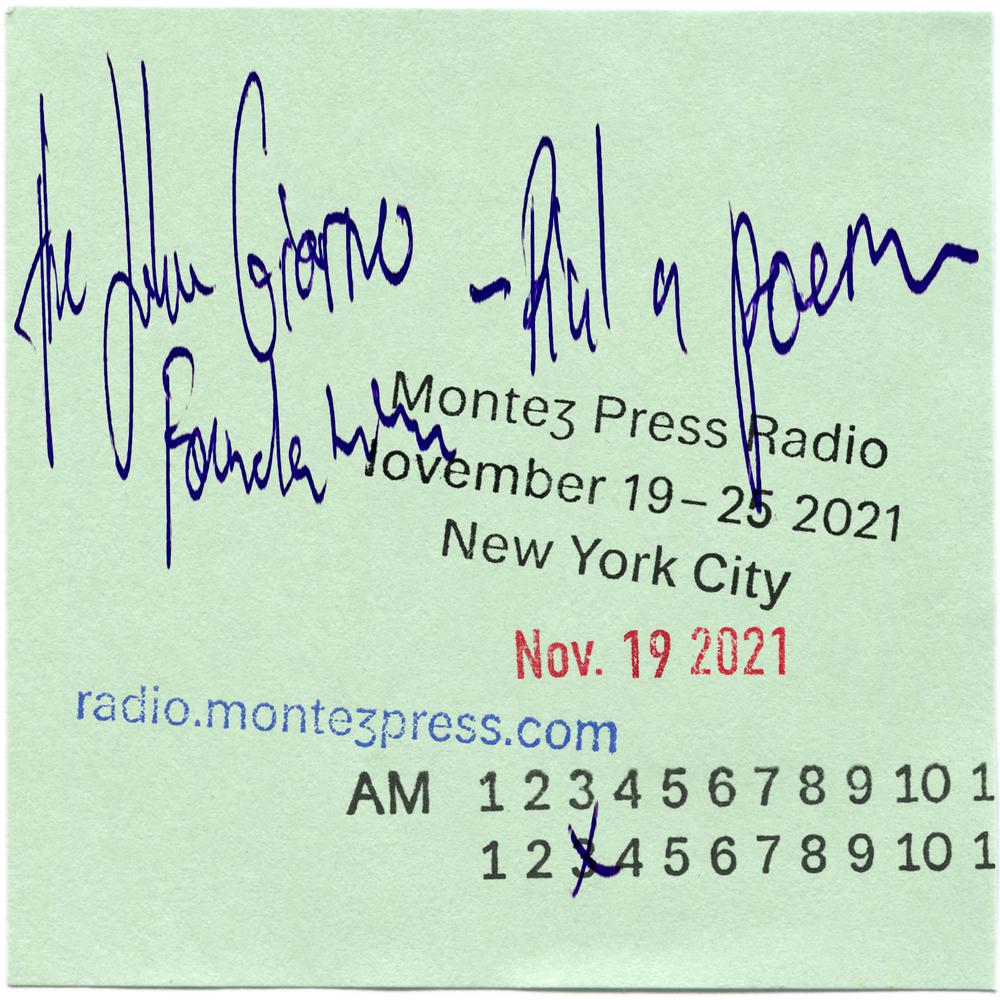 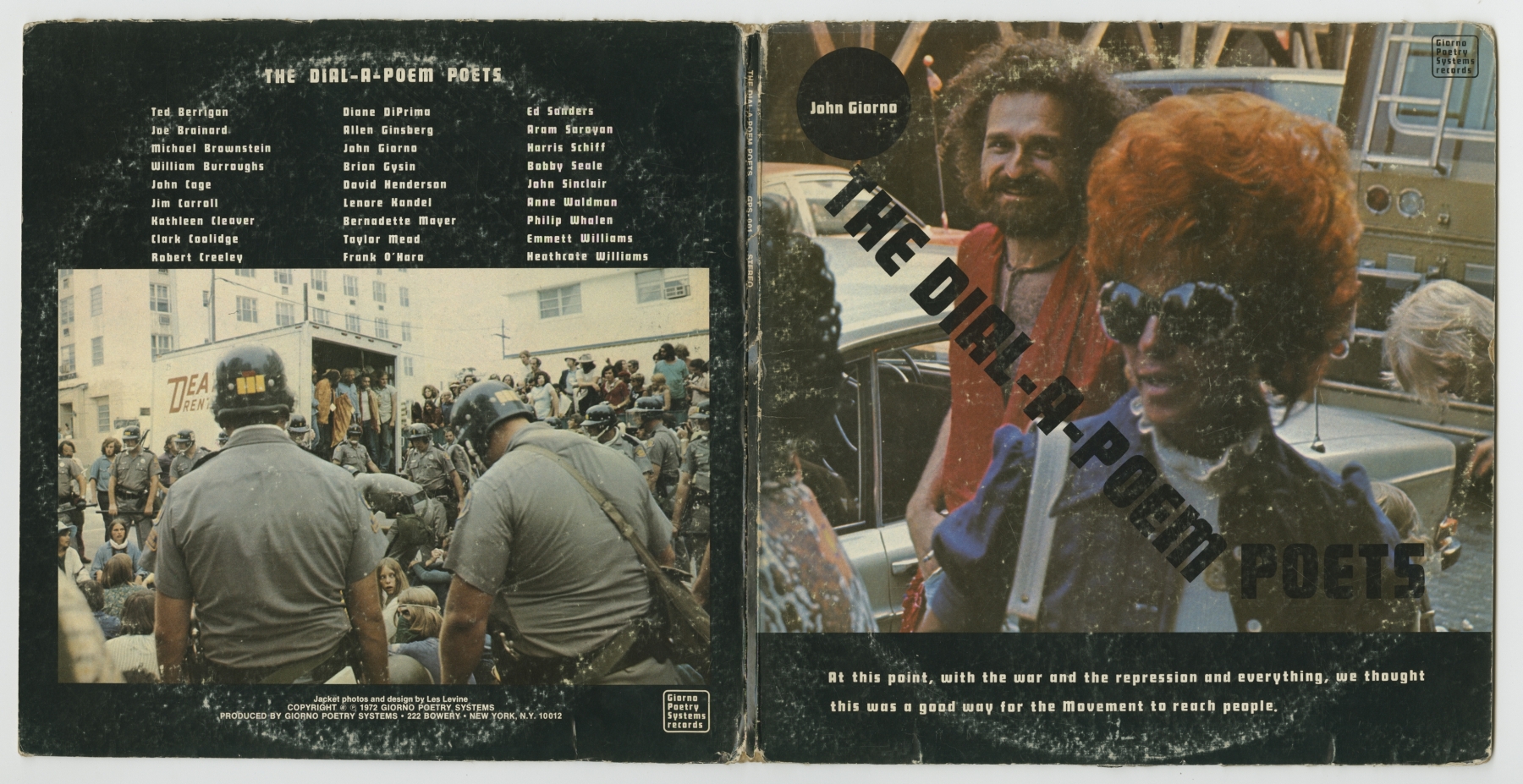